“I have been wearing a pair of Oticon Opn 1 hearing aids for almost two years. They help with my hearing problems, but they have sound issues related to the feedback manager that I find intrusive and irritating. I had come to the conclusion that all modern hearing aids must be more or less the same, but Mr Donnan, a very patient man, suggested that I should try a pair of Widex Beyond 440s.

My first impressions were favourable. They felt different from the Oticons, with the body of the aids sitting comfortably behind my ears. As I was driving home I noticed that my car engine sounded quieter than usual and I wondered if the aids were doing their job properly. In fact, they were doing their job very well.

What follows is my attempt to compare Widex 440s with Oticon Opn 1s. It is an entirely subjective comparison, because I don’t think that it is possible to be objective when trying to assess the experience of wearing hearing aids.

Universal Program: Voices, particularly those in the higher register, sound less strident and more natural with the Widex aids. Speech clarity is improved. Background noise is less intrusive. Music sounds bland, but this is an advantage because it dulls the sound of background music, making it easier to ignore.

Speech in Noise/Party: Background noise is less intrusive with the Widex aids, enabling me to focus better on what is being said in conversation. Speech and noise from behind me is distracting with the Oticon aids, but I don’t have the same problem with the Widex.

Transport: With the Oticon aids the sound of the engine and other mechanical noises dominates speech while travelling. With the Widex aids the noises are not so noticeable and I am able to hear speech clearly.

Music: This is a strength of the Widex aids. When set to Music the aids deliver an extended treble and the bass is full. The treble is slightly harsh and there is some sibilance on vocals, but it can be tamed using the equaliser on the smartphone app. The app has the facility to set up a Favorite (USA spelling) program using the new settings. The new program can be saved, but only to the phone and not to the aids. This would be fine if I carried my phone around with me all the time, but I don’t. It would be better if the app allowed Favorite programs to be saved to the aids. Like the Oticons, the Widex aids are prone to feedback in the music setting. It isn’t a problem, because I rarely listen to music with my hands cupped around my ears.

After a few days with the Widex aids I forgot that I was wearing them. They are comfortable and they have a natural sound. Speech is clear and intelligible, and background sounds are not intrusive. The Music program is excellent. Widex Beyond 440 hearing aids are wonderful – Wonderful Widex.” 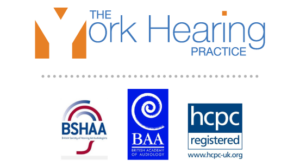